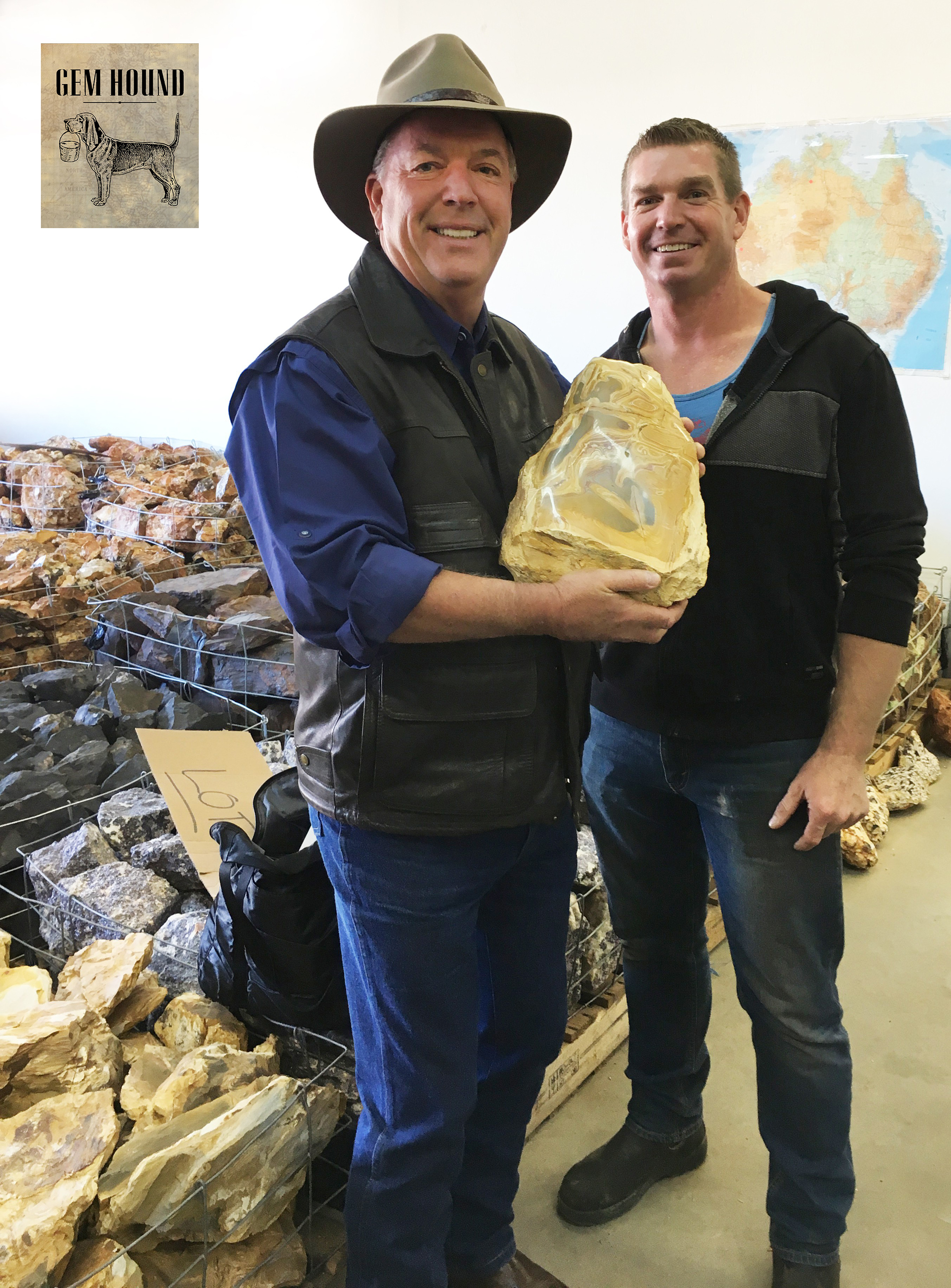 Wagyl Stone is a type of jasper that displays waves of brown and beige colors. It is an opaque stone with a waxy luster.

The name is based on an ancient mythical serpent in Australian lore. The Noongar people, who were made custodians of the land by the Wagyl, ascribe it as the giver of life and credit it with maintaining all fresh water sources. Geographically, the winding waterways and landforms around Perth in southwest Australia are said to resemble the python-like Wagyl. 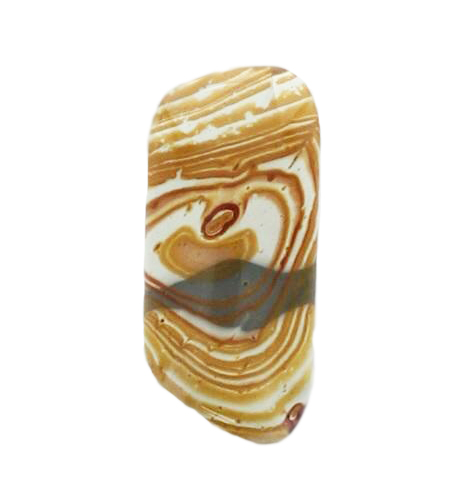 Wagyl stone is a relatively unheard of stone in the gemstone world, but Jay came across it in Tucson one year and saw its great potential as an element in one of his many unique designs.

As with most gemstones, care is simple: just a soft damp cloth to wipe off dirt and oils after wearing is all that’s needed. Remember, no chemicals or ultrasonic machines.