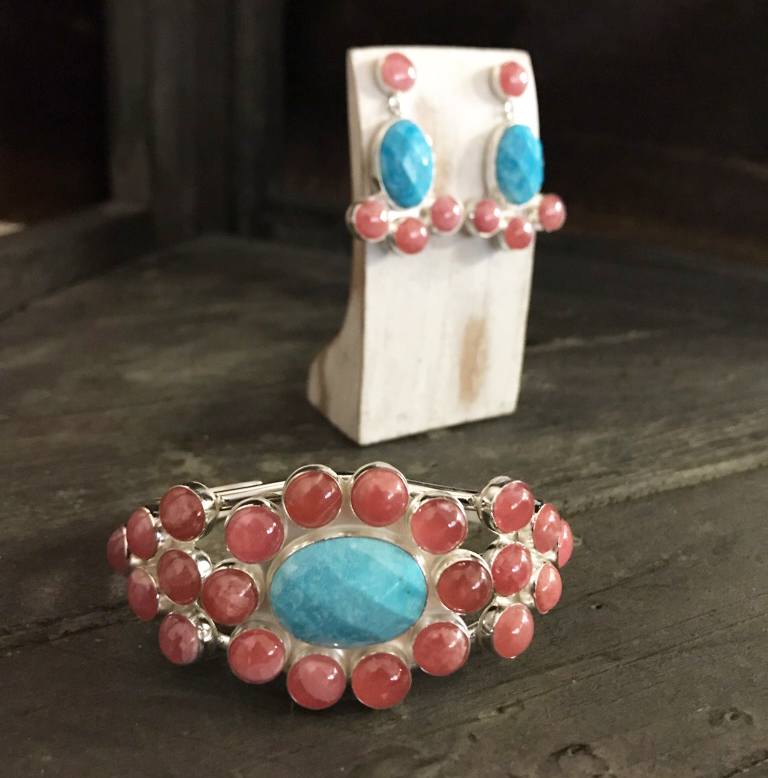 The name rhodochrosite originates from the Greek language meaning “rose-colored.” You can easily recognize it by its white agate-like banding known as the bacon strip affect. This banding is how you can differentiate it from rhodonite, which contains black inclusions. Because these two minerals sound similar, they’re easily confused.

Rhodochrosite has also been called "Inca Rose," because it was first used in jewelry and ornamental carvings in Argentina as early as the 13th century and was described in 1813 in Romania. Its pinkish coloration is due to the presence of manganese, and is most frequently found in areas where manganese, copper, silver, and lead are mined.

Another form of rhodochrosite takes on a deep pinkish-red color in a transparent crystal form. These specimens are quite rare, highly collectible and very expensive.

Rhodochrosite is the national gemstone of Argentina and became the official state mineral of Colorado in 2002. This mineral can be found all over the world but specifically in Russia, Mexico, United States and Argentina.