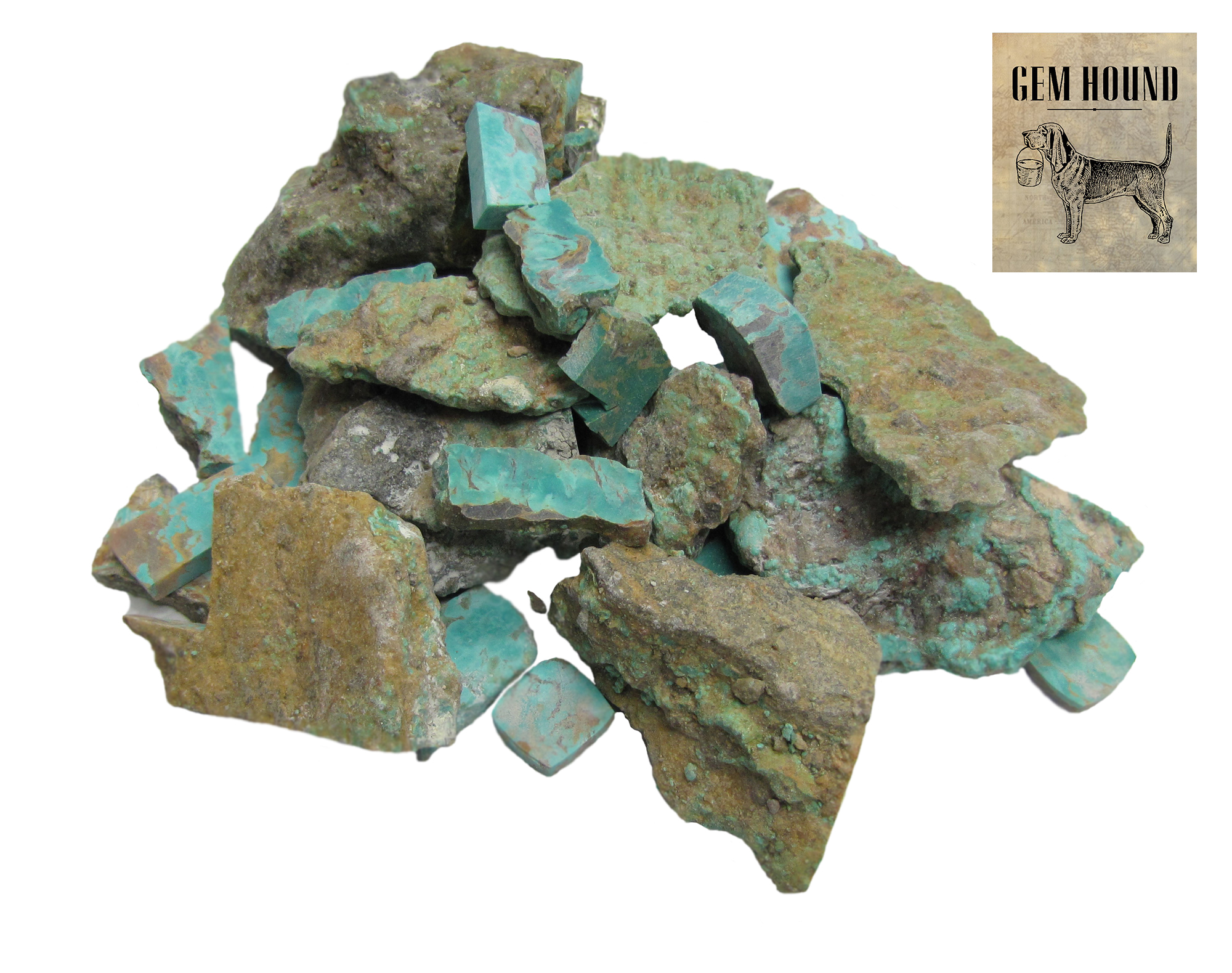 Tyrone turquoise is mined outside of Silver City in the southwest area of New Mexico. As with many turquoise mines, its original purpose was for copper mining.Turquoise is considered a secondary mineral of a copper mine. Because the money and scale of operation is for the copper, these companies see turquoise as a waste product and it ends up in the tailings. Rarely, some copper companies will allow people to pick turquoise out of these rock “refuse” piles. In the early 1980s, when the Tyrone mine owner, Phelps Dodge, employed a new extraction method of crushing and acid wash, this process destroyed any turquoise within the copper ore. Because of this, Tyrone turquoise has not been mined since then.

Tyrone turquoise has been mined off and on since prehistoric times. In 1875, a miner rediscovered some ancient excavations and in 1891 the largest mine in the area opened as the Azure mine. It produced high quality turquoise and became the most famous mine in the country. A few years after opening, the Elizabeth Pocket was discovered. To illustrate the size of a deposit, this one was 100 feet long, 40 feet wide and 45 feet high.It produced the highest grade turquoise known at the time and, in fact, the cabochons were advertised in Harper’s and McClure’s magazines. The cabs were marked on the back with an “O”, denoting that it was genuine Tyrone turquoise. 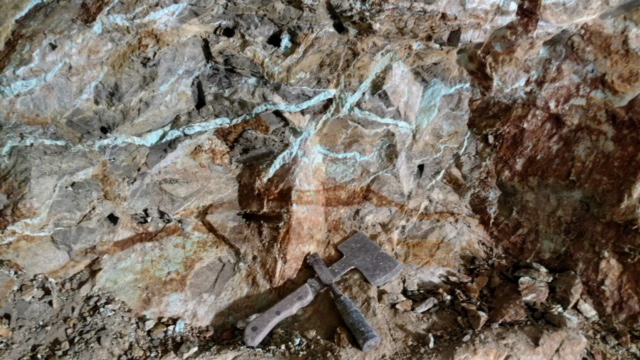 Tyrone is a hard turquoise therefore, it not known to change color. It is a translucent, medium to bright blue color. What is available today is from personal collections, reflecting the rarity and price of Tyrone turquoise.

Jay has created some special pieces with Tyrone turquoise, and this weekend you will have the opportunity to own one of the most sought after turquoise stones in the world! Enjoy!