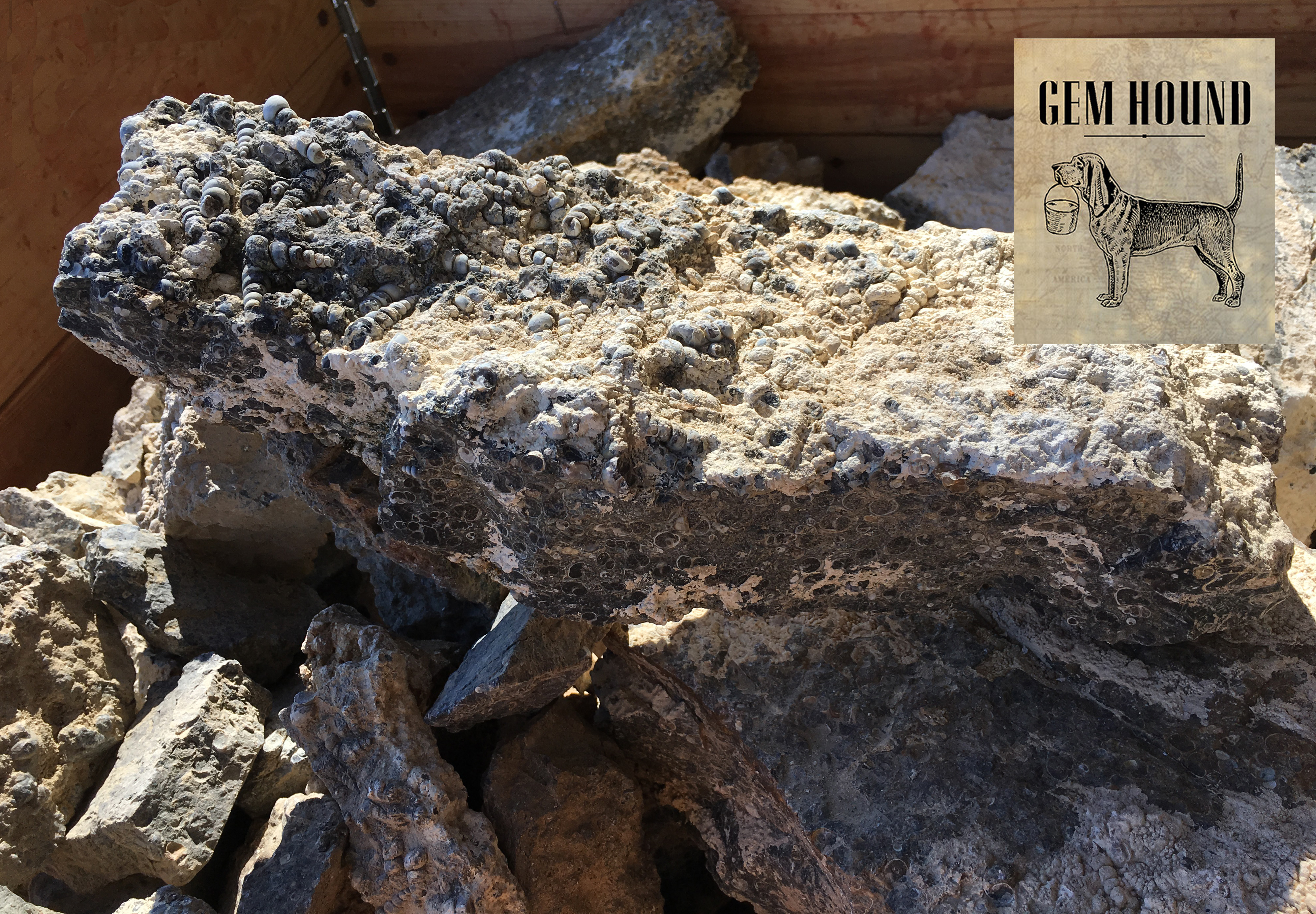 Turritella Agate is a brown colored translucent stone made up of fossilized snails and found only in the Green River Formation of Wyoming, USA. Forty-six to 51 million years ago, the shells were deposited in shallow lakes and covered by sea sediment, eventually becoming fossil beds.

You can’t mistake a Turritella agate because the whitish-tan snail fossils are prominently displayed against the dark brown agate background, making them easily recognizable. They are some of the most visually interesting fossil gems in existence.

Interestingly, the snail was mistakenly identified as a member of the marine genus, Turritella decades ago, when in fact it is actually the shell of the now extinct, freshwater Elimia snail.However, changing the name from Turritella to Elimia Agate would be too cumbersome after all these years.

Turritella agate is a durable stone, as most agates are, but proper care will ensure your gemstone remains in pristine condition. Avoid scratches and knocking it on hard surfaces. Clean with a soft damp cloth to remove dirt and oils after wearing.