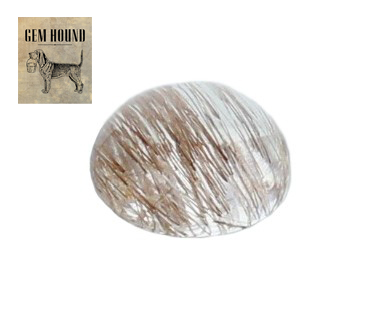 The rule of thought when it comes to gemstones is the only good inclusion is a nonexistent one. Except when it’s Rutilated Quartz! Within transparent quartz, the inclusions are usually needle-like rutile, but can also be clustered to resemble rosettes. The inclusions are titanium dioxide and are commonly golden, copper or red in color. 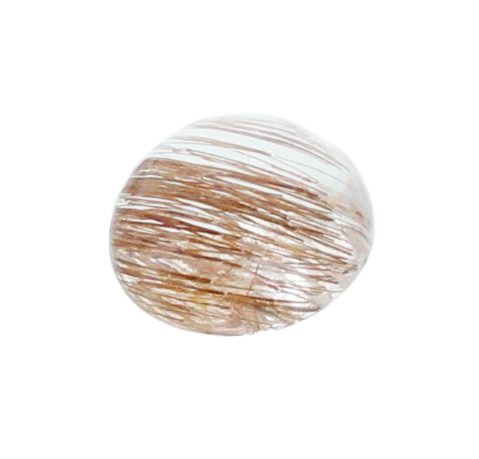 The formation of this unique stone consists of two minerals, quartz and titanium dioxide, liquefying due to extremely high temperature and pressure. As the mixture begins to cool, the minerals separate, trapping the rutile inside the quartz. Sometimes a different impurity can be trapped, such as tourmaline, which creates tourmalinated quartz.

The trick to cutting rutilated quartz is to orient the stone so the rutile is shown at its best angle, which is parallel to the face of the stone. It is mined worldwide but mainly in Brazil and India. However, leave it to Jay to find rare green rutilated quartz in Chile, no less! He presented this fabulous find in our August 2017 show. It is natural and without enhancements and quite affordable, too.

Rutilated quartz is easy to care for. Clean with soapy water and a soft cloth, rinse well and dry. As with all gemstones, avoid exposure to household chemicals and heat as this can damage the stone and cause permanent color change.