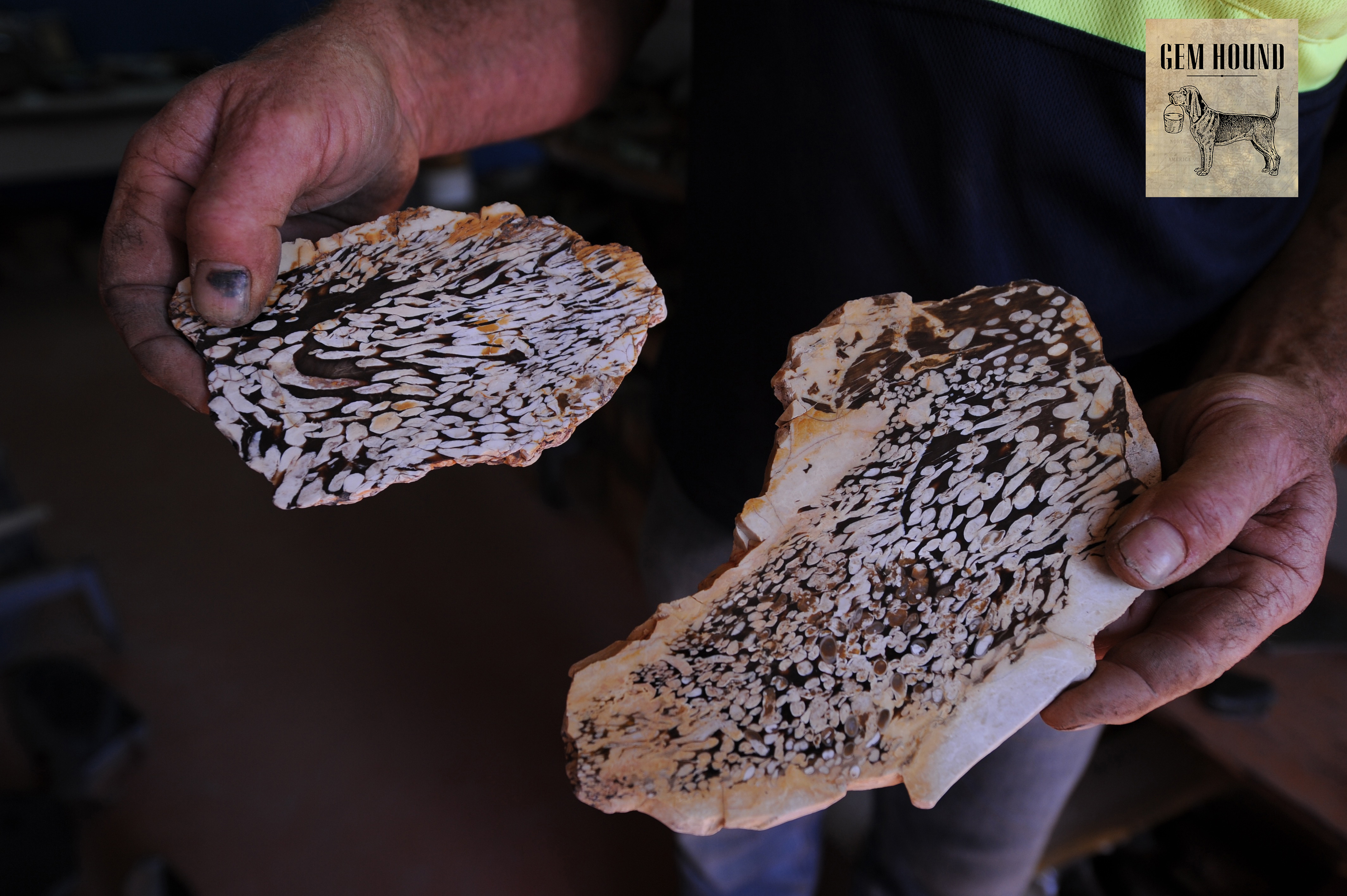 This stone would be appropriately named “Latte Stone” as it possesses the colors of coffee and steamed milk, but it’s not called that, it’s called Peanut Wood. This material is a fossilized driftwood that is dark brown to black with peanut-sized white spots. 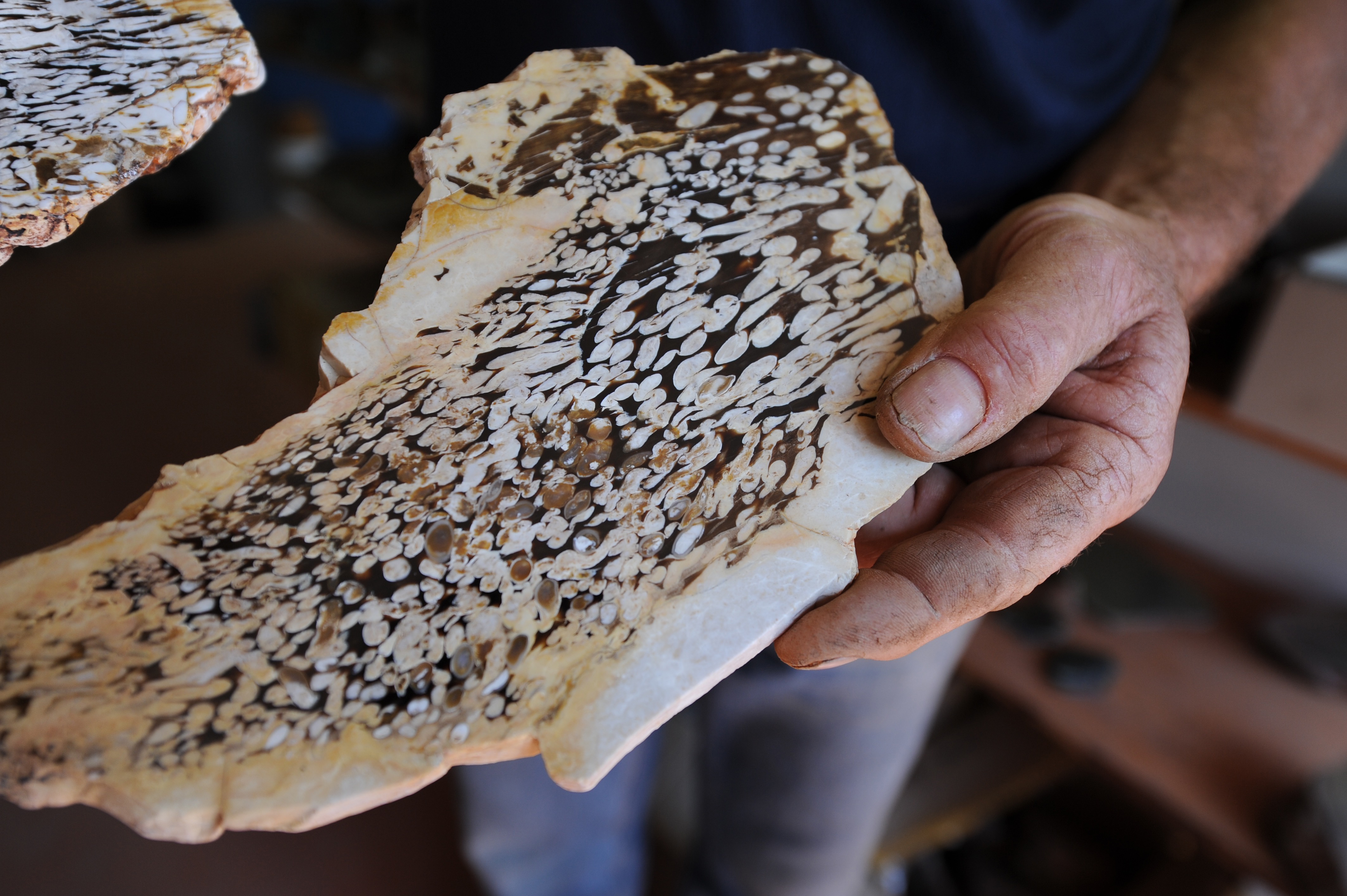 As with many petrified materials it has a 120 million year old story. It was once the driftwood of a conifer called “Araucaria”. As it floated in waters it was carved out by clams called “Teredo” or shipworms. Once the wood became waterlogged it then sank to the water floor, was filled with tiny white plankton sediments and then became petrified over time. 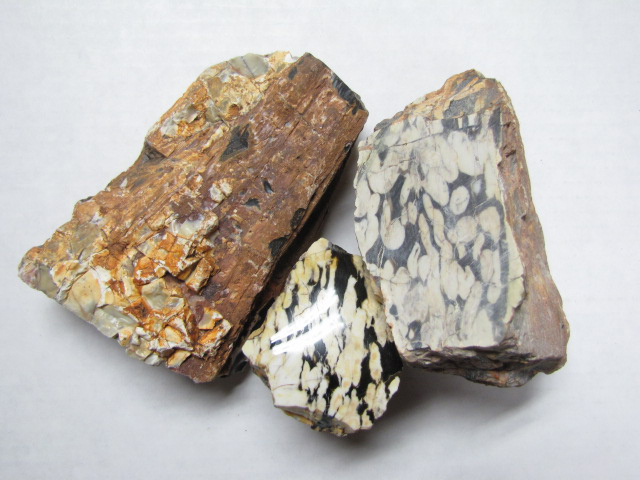 The geological formation that it occurs in is called "Windalia Radiolarite" located in Western Australia. So, not only does it come from a faraway place, but also a long ago time.