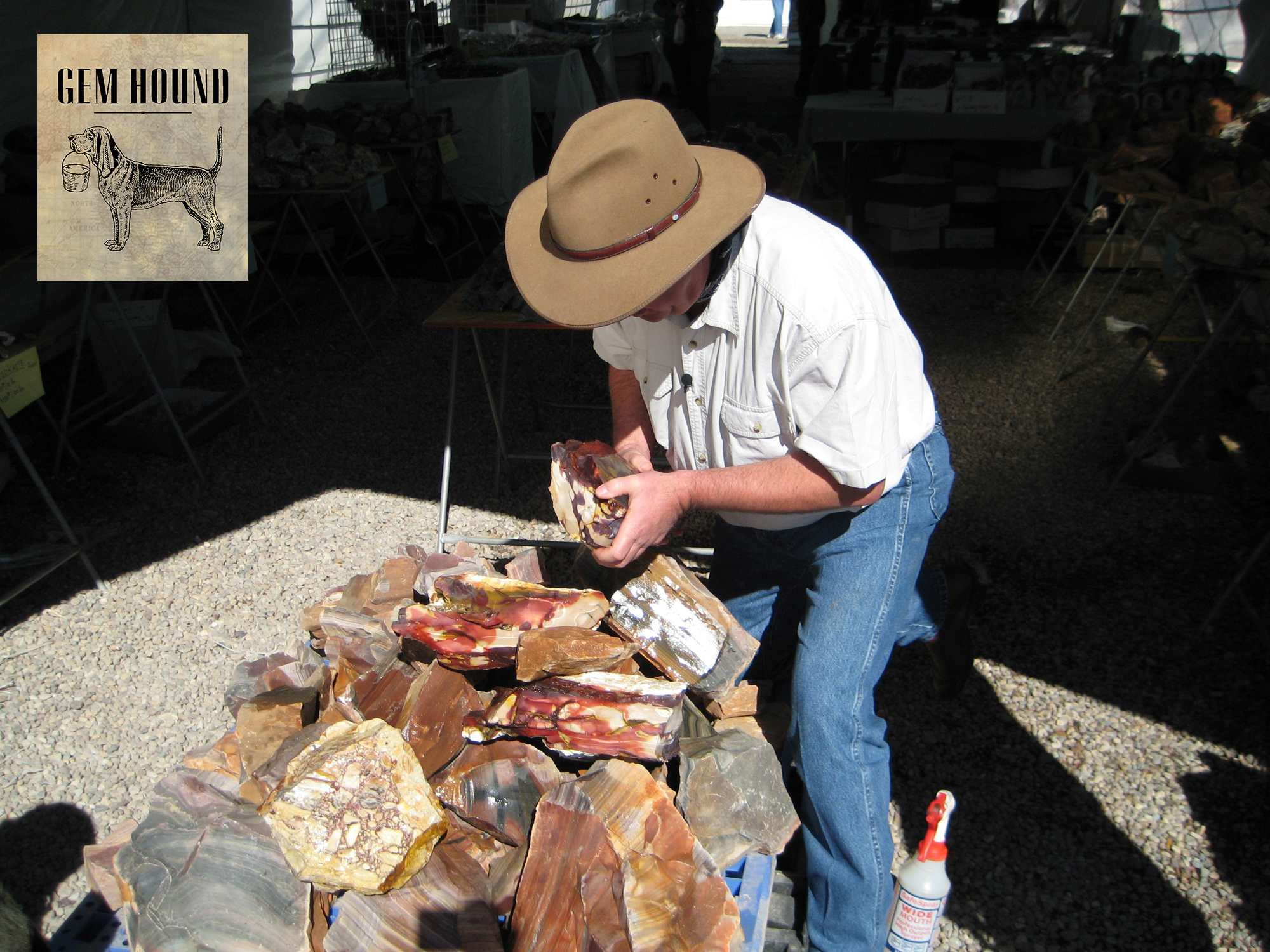 Many beautiful gemstones are mined in Western Australia, but there is one in particular, called Mookaite (pronounced moo-kite.) It is named for Mooka Creek, the area where it’s found and the Aboriginal word mooka means running waters. Its many colors tend to resemble ‘earthy’ or ‘sunset’ hues in combinations of white, cream, brown, grey, purple, maroon, red and yellow. 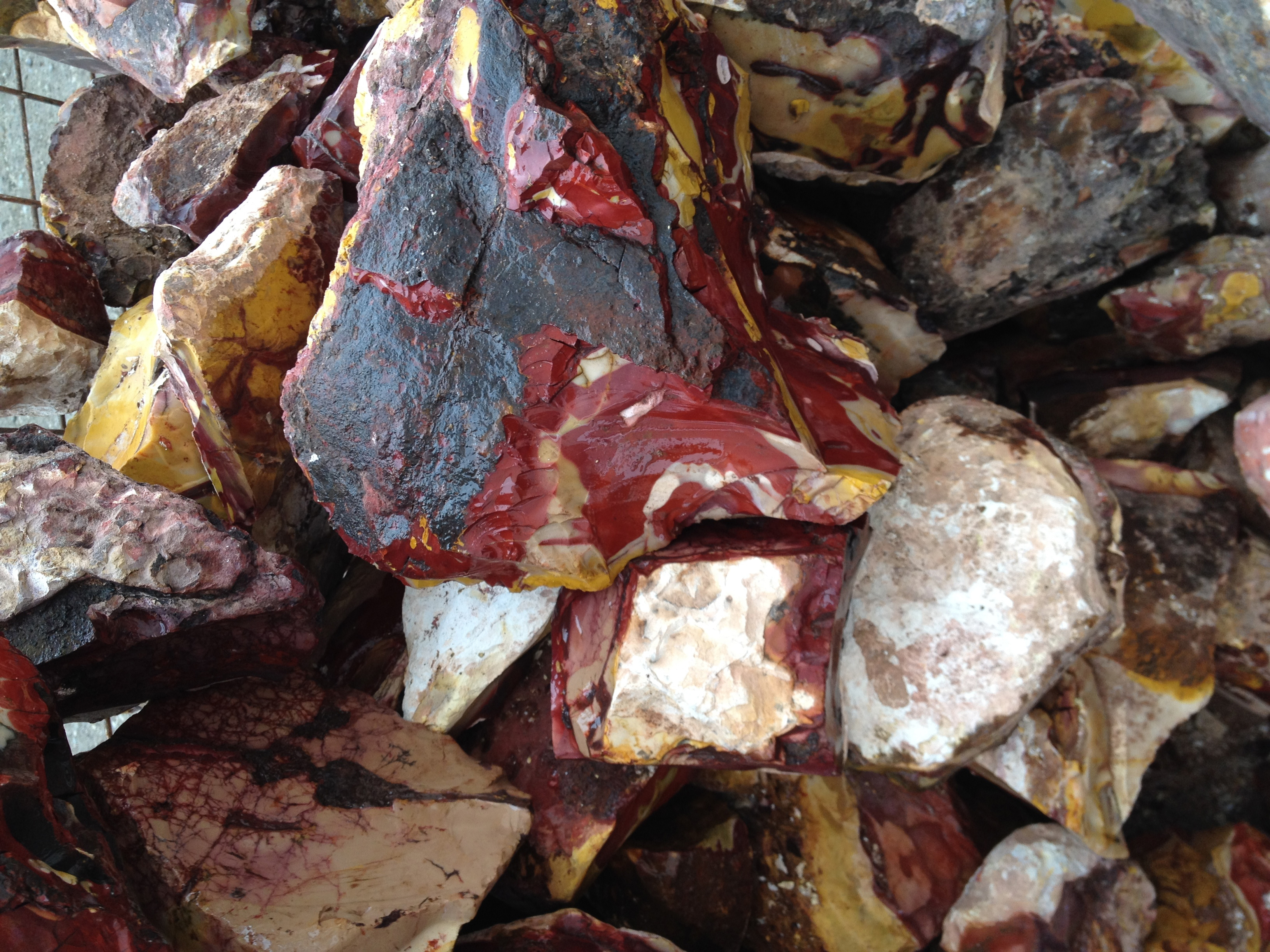 The stone is made up of ancient microscopic protozoa containing skeletons of silica. These tiny creatures lived in the ancient seas around 500 million years ago and as they died, layered the ocean floor with their skeletons. This sediment later hardened into rock as the oceans dried up. Under the correct conditions, Mookaite was formed. Radiolarians still exist today, some of them as zooplankton; their skeletal remains litter the ocean floor in a sludge called siliceous ooze.

Mookaite tends to have a vitreous (glassy) luster with areas of matte and, if you look microscopically, you’ll notice that crystals are poorly formed or even absent, so there are no flashes of light or shiny flecks. The reason is due to the lack of an organized crystalline structure.The correct term for this type of stone is mineraloid and Mookaite is an excellent example. If a stone contains an organized atomic structure it is considered crystalline thus, it is called a mineral.

Mookaite is commonly cut into cabochons, beads and decorative items. 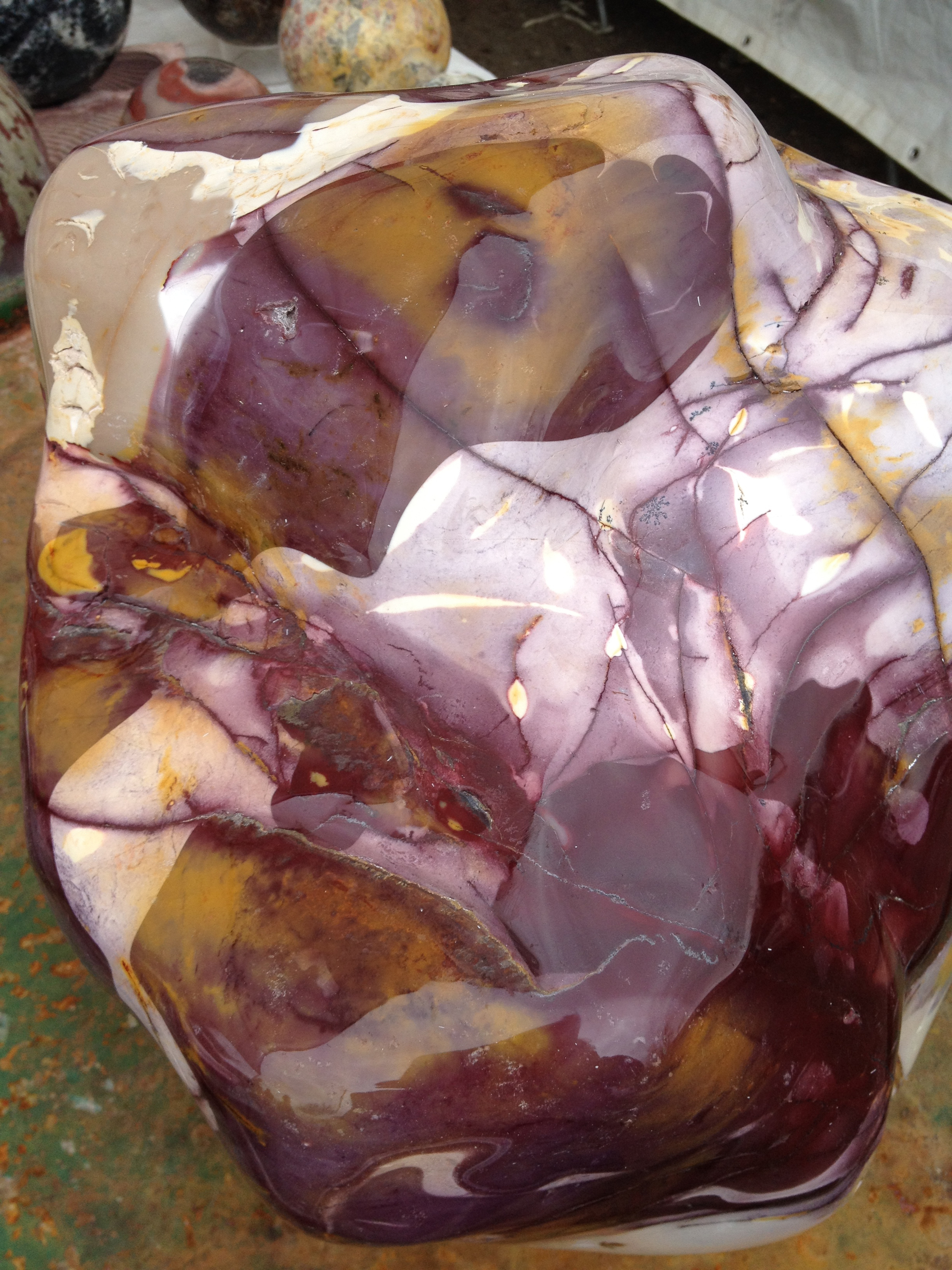