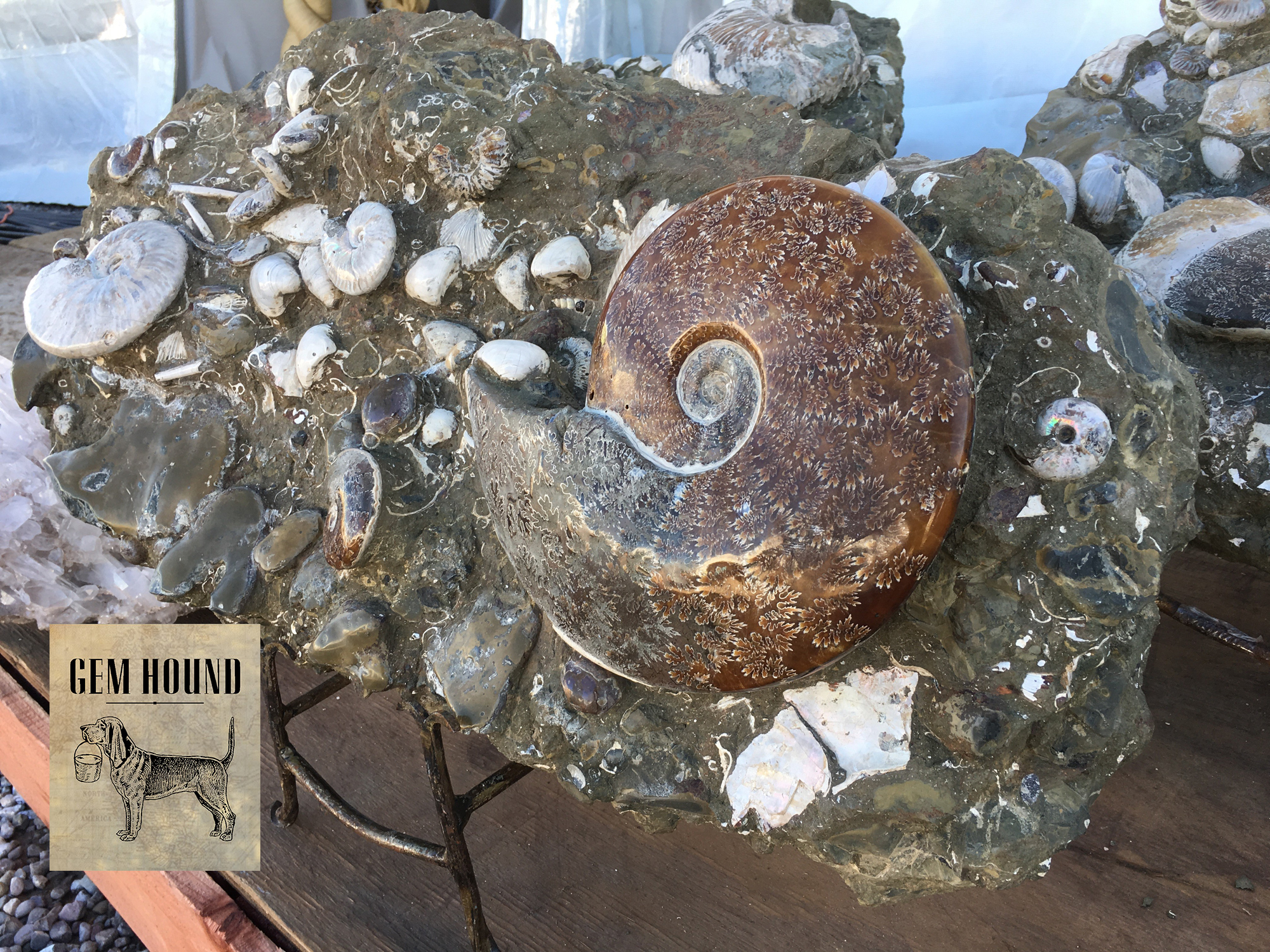 Just as soon as you think you’ve seen Jay’s coolest Mine Finds, he comes up with another! If you enjoyed his trilobite necklace, then you’re in for another fossil treat. And not just any fossil either, but a red iridescent ammonite that positively shines!

These sea mollusks survived around 240-65 million years ago and became extinct with the dinosaurs. Over millennia their shell was replaced with aragonite crystals. It’s the thickness of the crystals that determine the color of the ammonite’s iridescence. A thick layered ammonite is red and a thin layered one is blue. Red ammonites are more commonly found because their durable layers have protected them over the ages. Interestingly, when referring to a piece of jewelry containing an ammonite’s iridescent material, we call it ammolite. Ammonite is the animal, itself. 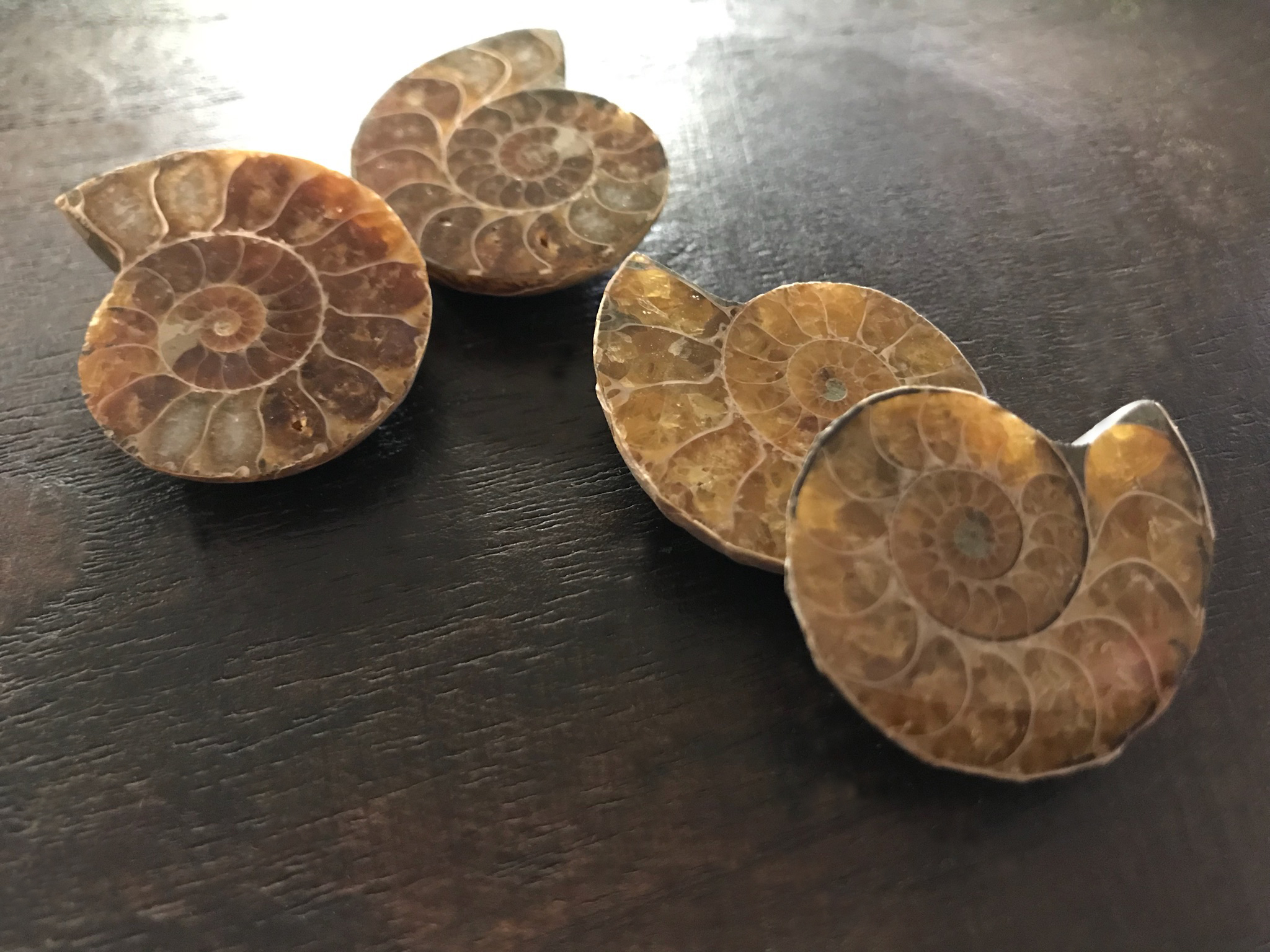 As the ammonite matured, it grew a new chamber approximately every 4 weeks, forming its spiral shaped body. When cross sectioned, the internal beauty is obvious and Jay has managed to capture the essence of the ammonite in one of his most unique pendants yet.