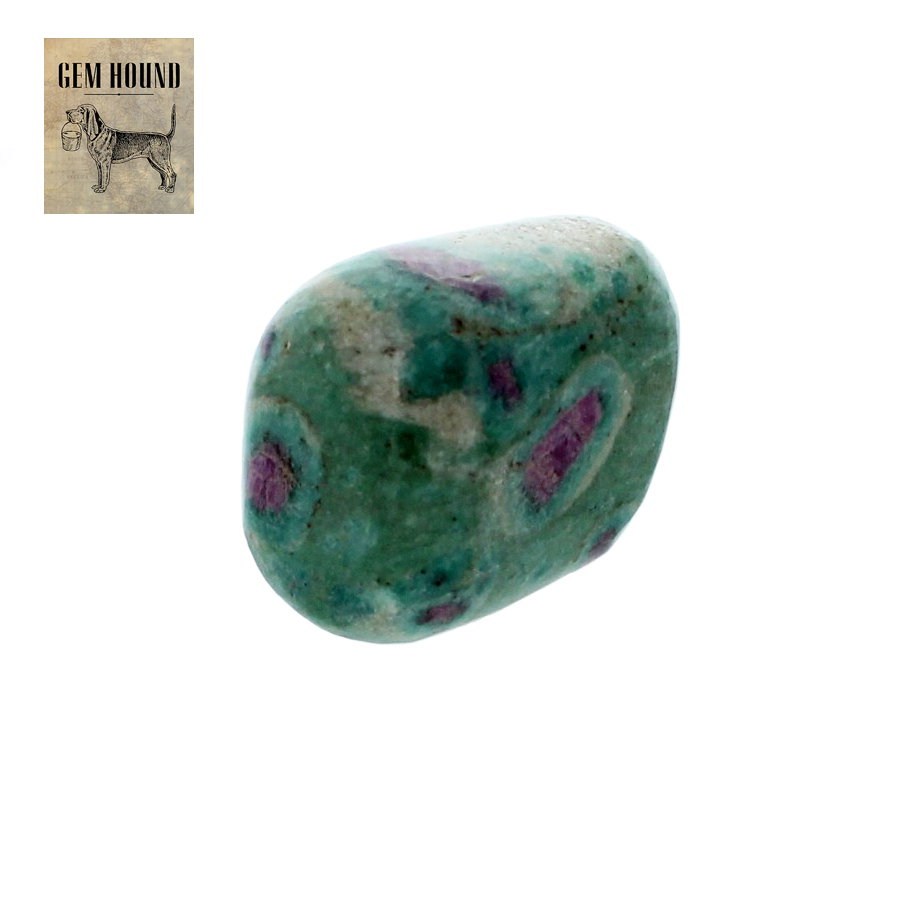 What do you get when you put ruby and fuchsite together? A striking green stone with reddish pink spots--Ruby in Fuchsite! It’s actually two stones in one. The green fuchsite is a type of mica that is colored by the element chromium and when the conditions are right, red corundum crystals (ruby) are naturally incorporated into the fuchsite stone. Although the inclusions are indeed ruby, they aren’t of the transparent gem quality of fine precious ruby, but rather they are opaque inclusions.

Because fuchsite is a soft stone and ruby is one of the hardest, it’s a challenge to cut. However, you’ll see all types of jewelry and carvings made from this unique stone.