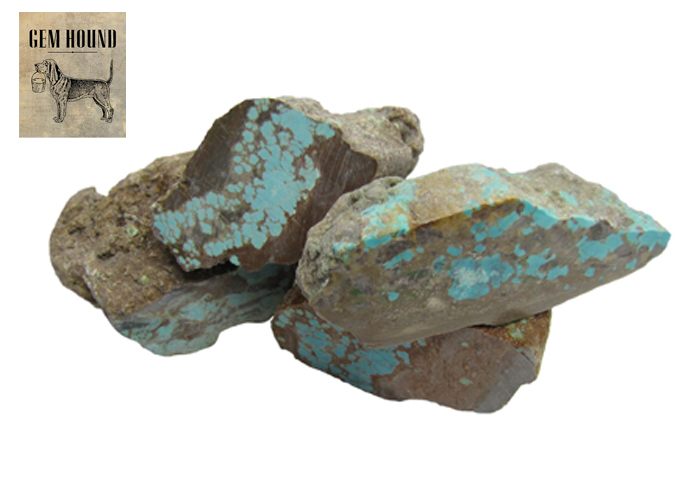 Among all turquoise in the world, one of the most coveted is #8 from Eureka County, Nevada. It comes in light blue, dark blue and bluish green and can be webbed with black, brown or red matrix. The black and red matrix are the most desirable.

The #8 mine is also known for producing large high grade nuggets, one of which weighed more than 9 pounds. However, on June 23, 1954 three miners discovered a nugget weighing in at 150 pounds, and it was gem quality!

The first claim filed on the land was back in 1929 by a miner, but subsequently through the years, was bought and sold numerous times. In 1950, two brothers used a bulldozer hoping to find copper, but instead discovered the ultimate in finely webbed turquoise in all of Nevada. The mine went on to eventually produce more than 1600 pounds of high grade turquoise before its depletion.

These days, the only #8 available is from private collections, such as Mine Finds. You can add #8 turquoise to your stone collection in July when Jay presents it on HSN.